Home The Upside to Frugality

The Upside to Frugality

Frugal living discussions often talk about pinching pennies or “stretching a dollar.” A penny saved is a penny earned, or so the saying goes, but is that actually the case?
What if that penny saved could end up being much more over time? Turns out, living frugally can save you way more than you might think.

Money is Not Linear

Using that same thought process, if you cut your monthly spending in half, your income will last twice as long. Makes sense, right?

Well, yes and no. This assessment isn’t wrong, but it’s incomplete. Pinching pennies does add up in the short-term, but the long-term payoff is likely bigger than you think. This is because of the time value of money, aka: interest. When you invest the money you save, you’re stretching that dollar into something greater as it accumulates interest over time.

For instance, instead of simply saving $1,800 a year making coffee at home, you’re really saving $1,800 a year plus any interest you’d earn in investing those dollars in a money market or retirement account. That $5 cup of coffee could eventually be worth an untold amount—would you give it up for $10, $20, or $50 in the future?

Maybe saving $50 per cuppa seems like a lot to you right now, and maybe not. But it’s worth considering how valuable frugality now will be to you down the road. Lowering your expenses now so you can save more and take advantage of interest gains could be the leg up your future self needs to pay cash for a car, make a down payment on a home, go on that dream vacation, or send a kid to college.

Living frugally adds up even in retirement. Say you have $500,000 in an investment account when you retire, and you spend $75,000 a year. At a 5% return, the money will last 7 years. If you cut your spending to $50,000, you’ll get 13 years instead. But if you slash your spending in half—to $25,000 a year—the number skyrockets to 62 years. Reducing your expenses in half increases the length you can live off that initial amount by nearly 5 times.

If you want to keep your expenses at $75,000 annually in retirement, you’ll need to save more—a lot more—than $500,000. You can live on less and save more now to build more for retirement (maybe even early retirement) or live on less when you get there to stretch your dollars.

This same concept applies to any money goal that could benefit from the runway of time. Money you save now, for the future, is worth more than the cost of what you’re sacrificing today.

This doesn’t mean it’s best to get as close to zero spending as possible. You have the freedom to stretch your dollars (or not), as you choose. But it is worth considering the future costs tied to everyday spending habits, and think about how a few frugal living habits could tip the scales in your favor. In other words, a penny saved could be a nickel, a dime, a quarter, or maybe even a dollar or more down the road. 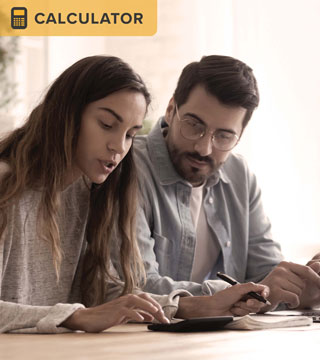 Anticipate your expenses, list your saving goals, and manage your income. 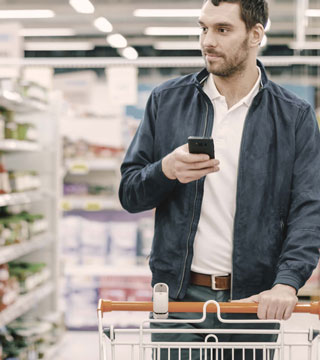 8 Tips to Reduce Your Food Bill

Food can eat up your budget. Learn how to reduce your food bill with simple steps like limiting trips to restaurants...

Disclaimer
While we hope you find this content useful, it is only intended to serve as a starting point. Your next step is to speak with a qualified, licensed professional who can provide advice tailored to your individual circumstances. Nothing in this article, nor in any associated resources, should be construed as financial or legal advice. Furthermore, while we have made good faith efforts to ensure that the information presented was correct as of the date the content was prepared, we are unable to guarantee that it remains accurate today.
Neither Banzai nor its sponsoring partners make any warranties or representations as to the accuracy, applicability, completeness, or suitability for any particular purpose of the information contained herein. Banzai and its sponsoring partners expressly disclaim any liability arising from the use or misuse of these materials and, by visiting this site, you agree to release Banzai and its sponsoring partners from any such liability. Do not rely upon the information provided in this content when making decisions regarding financial or legal matters without first consulting with a qualified, licensed professional.

Need assistance with your budgeting?

We're happy to help! Contact a banking advisor by calling 877-483-6811, contacting us online or scheduling an appointment.
Contact us